Perfect Time For A Muslim Marriage 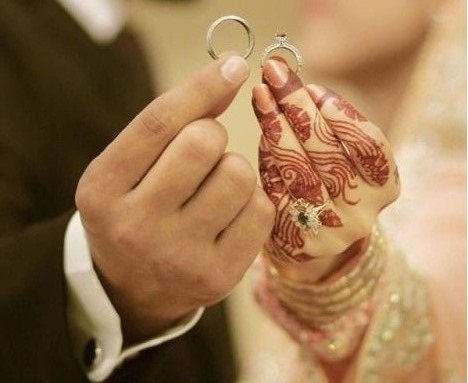 bad, when they can handle their situations without deviating from their Religion and also to respect towards their elders either that will be Parents/Guardian or their In-laws.
These days we see cases where Muslim Men and Women are attracted towards other religions due to lack of information about Islam. Expectations for a perfect life partner from both the sides are so high which is unaffordable by a Middle/Lower-Class Families which is leading to late Marriages. The late Marriages are taking big troll in the Life’s of the Generations in which they are side-tracked to commit mistakes which are not significant in Islam.
We need to practice as well as preach our children the Values and Teachings of our Prophet Muhammad (sas) so that they will not get deviated from their path.
The Prophet Muhammad (sas) of Allah (swt) said about Marriage for Men & Women in Islam?

“O young men, whoever among you can afford should get marry, for it helps him to lower his Gaze and protect his Chastity. The one unable to do so let him fast, for it will be a Protection for him.”

For Women:
The Prophet Muhammad (sas) said: "Virgin girls are like fruits on trees. If not plucked in time, the sun will rot them and the wind will disperse them. When girls reach maturity and their sexual instincts arise, like that of women, their only remedy is marriage. If they aren't married, they are prone to moral corruption. It is because they are human beings and human beings are prone to making mistakes."
(There is a very subtle message in this saying of the Prophet (S). Just as there is proper timing for plucking fruits, there is a proper age for marriage, for every girl. A girl who cannot understand and shoulder the responsibility of married-life is like a raw fruit that needs to remain on the tree (i.e. her father's home) until it ripens and sweetens. On the other

hand, if a girl loses the freshness of youth while yet unmarried, then she is like an over-ripe fruit that would further wither away, as the time passes.)