Significance Of Marriage In Islam 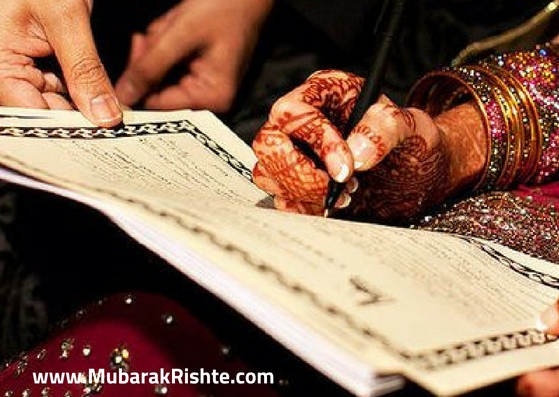 Significance Of Marriage In Islam:
Our Prophet Mohammed (SAS-Peace be upon him) once said:
"Whoever marries, protects half of his religion, then for the remaining half he must only fear God."(La'alil Akhbar)
The sixth Imam, Imam Sadiq (as) says, "A sleeping married man is better than a fasting unmarried man."
In any religion Marriage is a considered a legal Contract between Women & Man. Where both Groom and Bride are consent to get married of their own wills.
A formal binding of a contract is considered as a valid Islamic marriage, steaming with all the rights, responsibilities of a groom and bride.
For any Marriage (Nikah in Islam) to happen there must be two Muslim witnesses for the marriage contract.

Few reasons for which Islam emphasizes Marriage:
•    Marriage makes an incomplete human being a complete one, our Prophet Mohammad (SAS-   Peace be upon him)says, “No house has been built in Islam more beloved in the sight of Allah  than through marriage”
•    It is required for making a Family (for children)
•    Marriage is one of the most liked Sunnah in Islam as our beloved Prophet Mohammed      (SAW-  Peace be upon him) married for different Islamic reasons
•    Mohammed (SAW- Peace be upon him) and encouraged others
•    Marriage is a source of  serenity, peace, security from Sin
•    A bond of love which unites not only two persons but also families
•    A blessed source to experience love and happiness

The Messenger of Islam Mohammed (SAS-Peace be upon him) said:
"Do not marry a woman for the following four reasons: "

Getting a modest and chaste Life partner is among the good fortunes of a person which Allah (SWT) had blessed Muslim. As per Nikah Islam, it is considered one of the best source with which the religion of an individual can be protected.

The scholars have often conveyed this message that “worship of a married person is much significant before Allah than that of a bachelor."