Story of a Muslim couple seeking for Pious Spouse 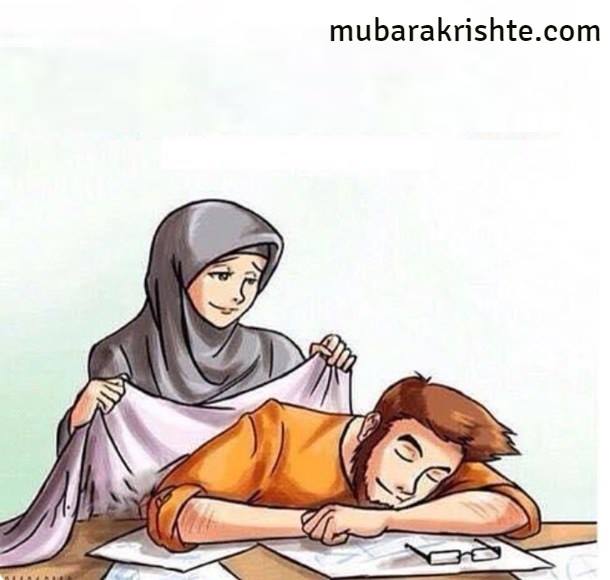 A story of a Muslim couple seeking for Pious Spouse
There once lived a Pious Muslim, Very humble and Modest Man who had been searching for a Pious Muslim Spouse to Marry.He kept searching for Muslim Proposals not only in his network but also got registered in many Muslim Matrimony for Brides more than two years, his continuous efforts were making him fail and made him upset. One day he received a call from family about his Mother’s Ill health, he decided to travel to his city for seeing his Mother. On his way to home a young lady stopped him and requested him to guide on the direction of her Friend’s Place, she was confused with the routes. As they started for her Friend’s place, the woman was behind his back the man felt shy even to look at her. He accompanied her to her friend and was about to return back.
The woman then decided to reward him with some money but the man rejected and went away.
Three days later, the man’s friend took him for an interview; as he went inside the company he saw the same woman he had helped guide the route as a counselor in the Company.
Subhan-Allah, He was all stunned and the lady said: I remembered you, please come forward.
During their conversation she said, I was pleased by your behavior and humbleness, I would like to be your spouse if you accept me as yours.
The man surprisingly asked I would like to know the reason behind, what made you choose me as your Life Partner!
The women replied because you never looked at me, I have been searching Muslim Grooms for Marriage and found you to be the Perfect, I think you will be kind to me.
Dear brothers and sisters, Allah (swt) has destined everything for us in Life. We never know what we have been searching and seeking for ourselves comes to us in which way. Marriage in Islam is quite simple, May Allah guide us the righteous path and bless all of us with a spouse. Aameen